(CAO) Thanh is a professional gambler, after knowing Doan Hong Phuc - former Vice Captain of the Criminal Police Department of Tan Phu District Police (HCMC), invited him to cooperate in opening a casino under the cover of a parking lot. 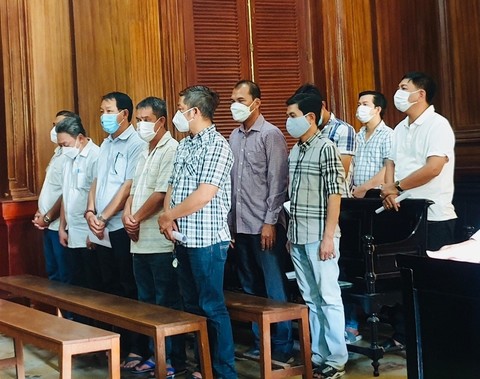 Defendants in the case

Previously, this trial was opened 4 times, but all of them had to be postponed for different reasons, including that the defendant had COVID-19.

Falling for the lure of money

According to the content of the case, Doan Hong Phuc is an officer of the Criminal Police Team of the Tan Phu District Police. Phuc is acquainted with Nhi and Ngo Nhut Thanh - a gambler. Thanh many times invited to participate in gambling organization, profit sharing in Tan Phu district. Lacking bravery, unable to overcome greed, Phuc fell into illegal activities.

On May 5, 2020, specialized units of the Ho Chi Minh City Police Department caught Thanh and his accomplice organizing and directly participating in gambling with gamblers in the form of gray soldiers at home on Trinh Dinh Thao street, ward. Hoa Thanh, Tan Phu district.

At the scene, the police seized 160 million VND in cash and many related exhibits.

Expanding the investigation of the case, the Ho Chi Minh City Police determined that Thanh's group also organized gambling in the form of cockfighting for money via the internet. The amount of profit from this illegal activity is divided according to the proportion of public contribution of each person.

The conclusion of the investigation determined that a gambling and gambling organization ring led by Thanh and some other subjects, operated from about October 2019 until being caught in May 2020.

Phuc, Nhi, Thanh, Phu and accomplices used a total of nearly 4.4 billion VND to gamble with gamblers; and the total amount of money gamblers gamble through the group of gambling organizations is more than 130 billion dong.

Casino disguised in the parking lot

The indictment determined that, at the end of 2019, Phuc rented a house on Trinh Dinh Thao Street under the cover of a parking lot to serve as a gathering place for gamblers to kill and punish. Then, Phuc introduced To My Nhi to meet Ngo Nhut Thanh to jointly organize a casino with gray soldiers to collect money.

Phuc has an agreement with Thanh as follows: Thanh directly directs and operates the casino's operations, Nhi is in charge of collecting and spending and managing coins, lending money to gamblers without interest to gamble for the purpose of keeping money. guest; At the end of the month Nhi will calculate the total revenue including money from parking of tourist cars and money from casinos, after deducting house rents of VND 50 million/month, electricity, water, insurance salary. ..., the profit will be divided equally among 3 people including Phuc, Thanh and Nhi. 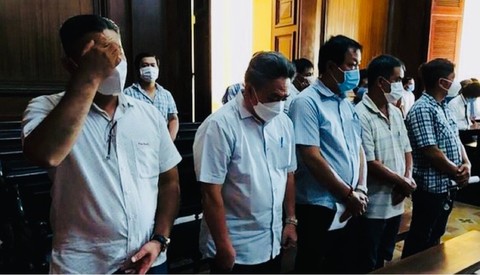 After discussing and agreeing on the ratio, in January 2020 (on the occasion of the Lunar New Year) the casino opened and went into operation. On May 5, 2020, the professional scouting force of the Ho Chi Minh City Police Department discovered that they made a record of arresting the offender in the act, seizing about 88.7 million VND as money used for gambling and money.

Also according to the indictment, between 2:00 p.m. and 3:00 p.m. on May 3, 2020, Ngo Nhut Thanh and To My Nhi organized for defendant Nguyen Cong Vien to gamble with an amount of nearly 87 million dong and organized for defendant Nguyen Trong Long to gamble with the amount of 27 million dong by betting on cockfighting over the internet, to collect commissions from the network.

At the investigating agency, Ngo Nhut Thanh confessed to the behavior as stated in the indictment. Particularly, Doan Hong Phuc declared that he was only the person who rented a house to cooperate in the parking lot business with Ngo Nhut Thanh with the ratio of Nhut Thanh 70%, Phuc 30%, but did not admit to the act of "organizing gambling".